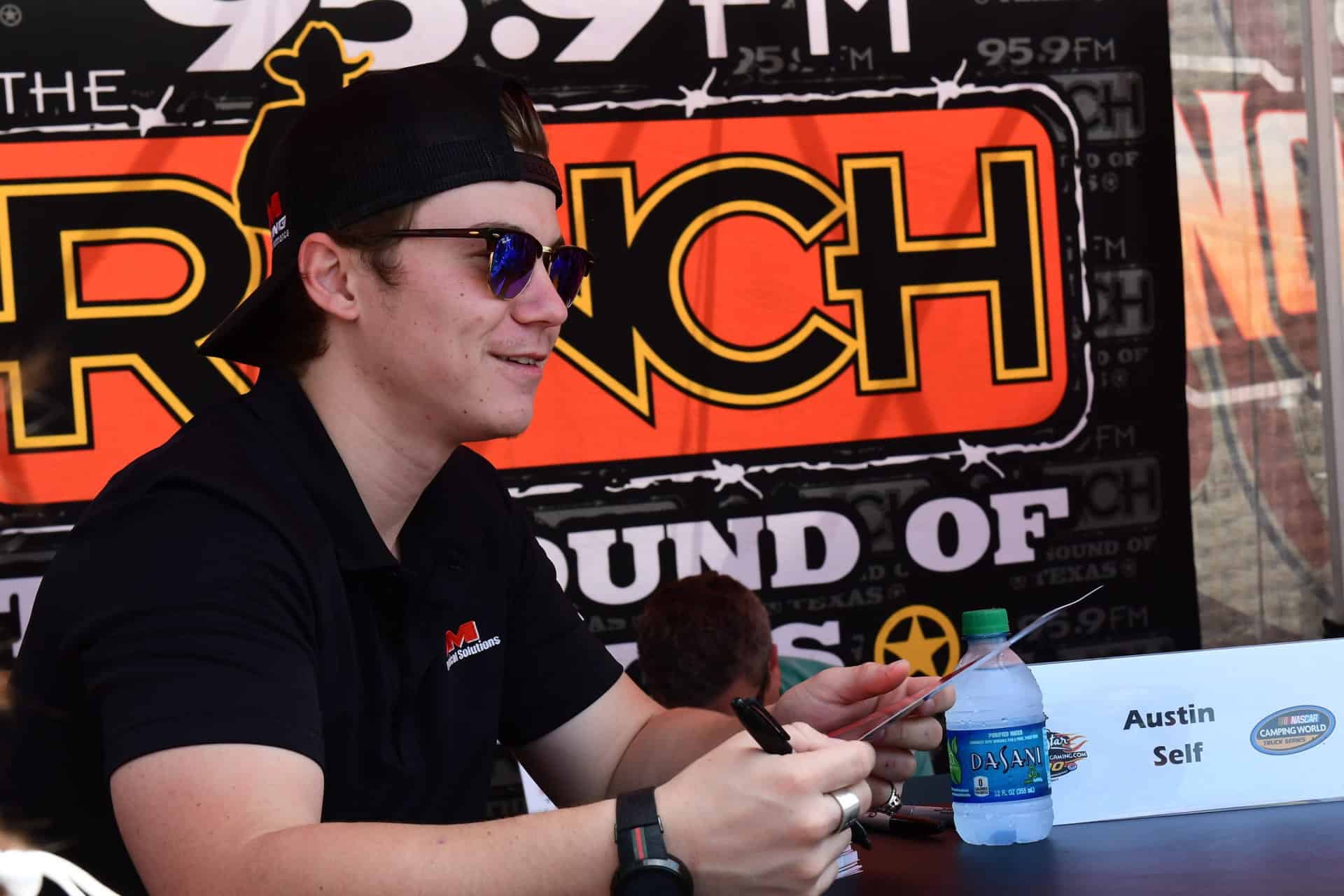 MOORESVILLE, N.C. – AM Racing driver Austin Wayne Self wasn’t sure what exactly to expect in his sophomore season of NASCAR Camping World Truck Series (NCWTS) competition, but solid runs have propelled the Austin, Tex. native forward and eager to get into the summer stretch.

Self’s year started out in a huge way with a second-place finish in the season-opening NextEra Energy Resources 250 at Daytona (Fla.) International Speedway. Not only did the former ARCA Racing Series Rookie of the Year mount his best finish, but his team in their debut of two trucks left the 2.5-mile superspeedway with both trucks inside the top-10.

While their next outing at Martinsville Speedway on April 1 didn’t turn out as hoped, the team led by crew chief Bill Henderson and team consultant Rick Ren refused to let a setback stand in their way.

So, they made the two-hour trip back home and went to work.

And they worked hard.

Getting an opportunity to keep in the seat for his next planned race at Charlotte (N.C.) Motor Speedway, Self teamed up with Niece Motorsports where at Kansas Speedway he drove the team’s Chevrolet to a top-15 finish.

The following week in his AM Racing return, the 22-year-old qualified 18th and muscled his way to a respectable 12th place finish.

In his most recent race at Texas Motor Speedway, Self looked to his hometown track not only to make some noise but prove that the team’s Charlotte performance was no fluke on an intermediate track.

Armed with support from fellow Texans in his home state, Self qualified a career-best 15th, quickly bolted inside the top-10 and remained amongst the lead pack for the entire race, before a loose race truck got the most of the young driver on the last lap of race while battling for sixth.

Still, while Self’s night ended on the front stretch grass in the winstaronlinegaming.com 400, there wasn’t a grim face afterwards. His performance last Friday night could easily be dubbed as one of the best yet by the racer who says he now carries tons of momentum moving forward.

“We had such a great truck on Friday night,” recalled Self. “I sincerely appreciate all the hard work of the AM Racing team and all of the support from our marketing partners.  To have all of this support at what I consider to be my home track means a lot – but to run as well as we did meant even more.”

“I’m still learning – but I have learned a bunch and it paid off with a strong showing. We didn’t get the finish that we wanted, but it was still something that we could walk away from and be proud of. I can’t wait to get back on the track soon.”

Mixing it up with veterans Matt Crafton, Johnny Sauter and Timothy Peters, Self said he enjoyed racing in circles amongst the best of the best and hopes he is starting to earn their respect.

“We’ve worked hard to build AM Racing into a competitive operation,” Self said. “I felt privileged having the opportunity to race and compete with guys like Crafton and Sauter – but also duke it out with the younger guys like myself who are trying to make a name. We got a sniff of that at Charlotte but at Texas it was all out.”

“I am so pumped about getting back in a truck, I really am.”