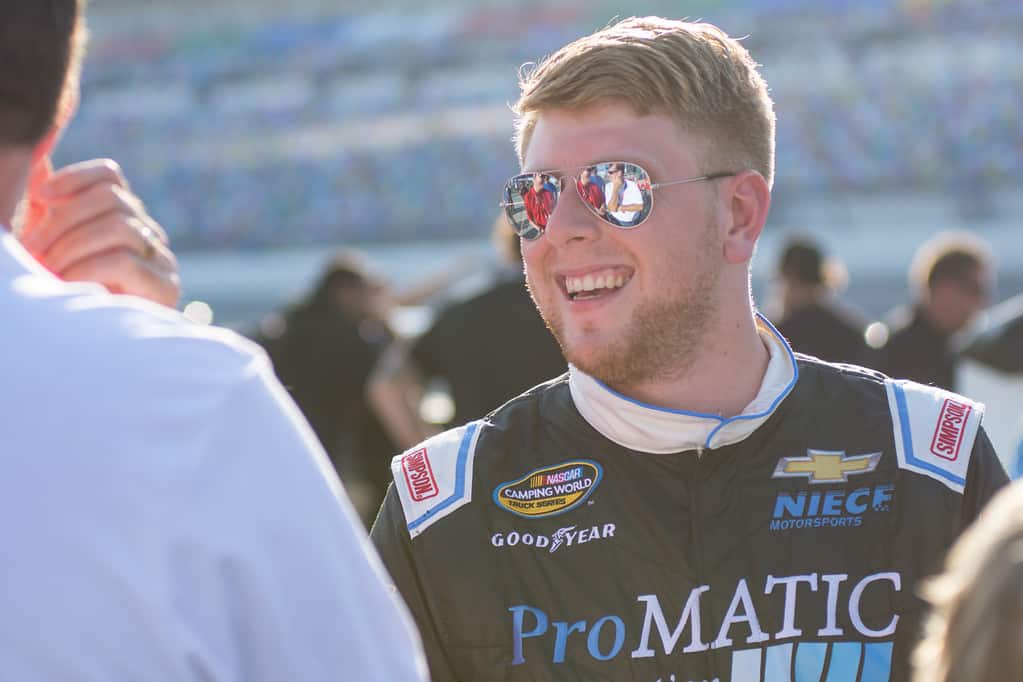 The 2018 season will mark Fontaine’s first full season of competition in the NCWTS.

He made the announcement live on SiriusXM Satellite Radio NASCAR channel 90 during The Morning Drive with hosts Mike Bagley and Pete Pistone.

“This is an exciting time in my career and I believe I’m ready for this next challenge with Niece Motorsports,” said Fontaine, a native of Asheville, N.C.

“I know I have a lot to learn, but with the leadership of Niece Motorsports and the support of my management team at AM Racing, I believe I can transition well and produce some good results in my rookie season.”

Fontaine, the cousin of NCWTS driver Chris Fontaine has three NCWTS starts to his credit, including one in 2017 for Niece Motorsports at Chicagoland Speedway.

To date, his best NCWTS finish came in his season debut at Pocono Raceway in Aug., where he earned a 15th-place finish.

In addition to his NCWTS experience, Fontaine ran a partial ARCA Racing Series presented by Menards season in 2017 for AM Racing’s development partner Win-Tron Racing.

Despite being injured in the open race of the ARCA Racing Series season, Fontaine only missed five races before returning to the tour in June at Elko (Minn.) Speedway, where he earned a solid 11th place finish. Overall, he picked up a career-best finish of ninth at the high-banks of Winchester (Ind.) Speedway and ended the year with a top-10 on the 1.5-mile track of Kentucky Speedway in the penultimate event of the season.

Fontaine started his racing career in 2008. With success in quarter midgets, he carefully moved up the racing ladder, competing in various racing divisions until his path led him to competing in Late Models across the Northeast in 2014.

From there, the North Carolinian moved into the NASCAR K&N Pro Series East in 2016, shifting his concentration to ARCA and Trucks the following year.

Marketing partners and a crew chief for Fontaine will be named at a later date.

The marketing partnerships will be managed by AM Racing, as part of Fontaine’s management group, but hosted by Niece Motorsports.

“We are thrilled to have Justin join the team next season,” said team owner Al Niece.  “In speaking with Justin, his excitement for the 2018 season is contagious.

“As a group we are really looking forward to getting this season started. There’s a lot of work to be done, but we have a solid group who’s ready to hit the ground running.”

Niece also owns Niece Equipment, which has for over 30 years provided clients with reliable products at competitive prices.  Niece Equipment’s reputation is built on service, integrity and dependability.

The company provides water and fuel / lube trucks that are engineered with quality and durability in mind for the construction and mining industry.