Don’t Mess With Texas® Expands Relationship with AM Racing 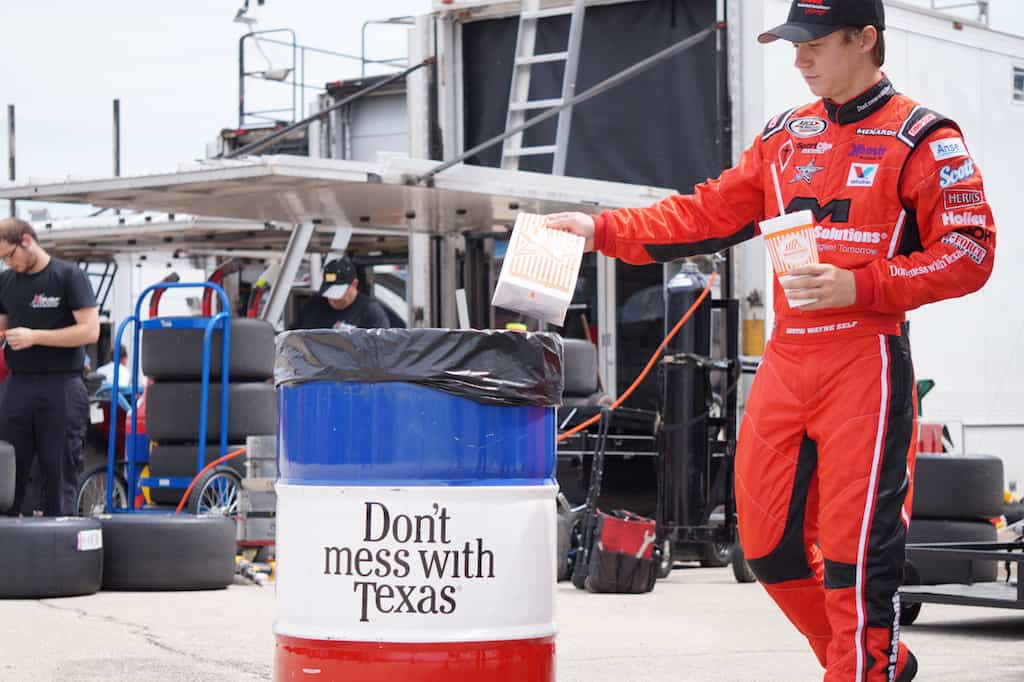 MOORESVILLE, N.C., May 25, 2017 — On the heels of a strong finish this past Friday night in the NASCAR Camping World Truck Series (NCWTS) at Charlotte (N.C.) Motor Speedway, officials from AM Racing proudly announced today their relationship with Don’t mess with Texas has expanded for the remainder of the 2017 season.

“Community outreach is an important component of the Don’t mess with Texas campaign,” said Brenda Flores-Dollar, program administrator for TxDOT’s Don’t mess with Texas campaign. “The continuing partnership with AM Racing enables us to further raise awareness about the effort to reduce litter in Texas and educate a wider audience on how they can help.”

With the NASCAR Camping World Truck Series invading Texas Motor Speedway for its first of two trips to the 1.5-mile track, Don’t mess with Texas will be predominately displayed on the hood of the No. 22 Toyota Tundra driven by Austin, Tex. native Austin Wayne Self on June 9.

“I’m very proud to continue my relationship with TxDOT and the Don’t mess with Texas campaign,” said Austin Wayne Self. “, the Don’t mess with Texas initiative is successfully reducing litter in my home state and is working to keep it vibrant and clean. I’m looking forward to seeing our race team continue to spread the message about its importance not only at Texas Motor Speedway in a few weeks, but all yearlong.”

Powered with an infrastructure that boasts Texas-based marketing partnerships at AM Racing, team principal Tim Self says the continuation of their relationship with the Don’t mess with Texas campaign is a mutual benefit.

“We’ve always been advocates for the Don’t mess with Texas campaign, even before our partnership at AM Racing last year,” said Tim Self, a successful entrepreneur from the Austin area. “However, because of our partnership, we’ve been able to work closely with our other Texas-based partners who also not only believe in their mission, but are eager to stand with us and help make Texas cleaner than it’s ever been. It’s a partnership that we’re proud to have, but equally honored to represent.”

Self, 22, will make his third career NCWTS start at Texas Motor Speedway in the running of the Rattlesnake 400 on June 9. The race will be broadcasted live on FOX Sports 1 (FS1), the Motor Racing Network (MRN) and SiriusXM Satellite Radio Channel 90 beginning at 8:00 p.m. (CST). Self’s best finish at the Fort Worth track is 13th in June 2016.

For more information on Don’t mess with Texas and how you can become involved in the program , visit dontmesswithtexas.org.

About Don’t mess with Texas: