Busy weekend lies ahead for Justin Fontaine at Pocono Raceway 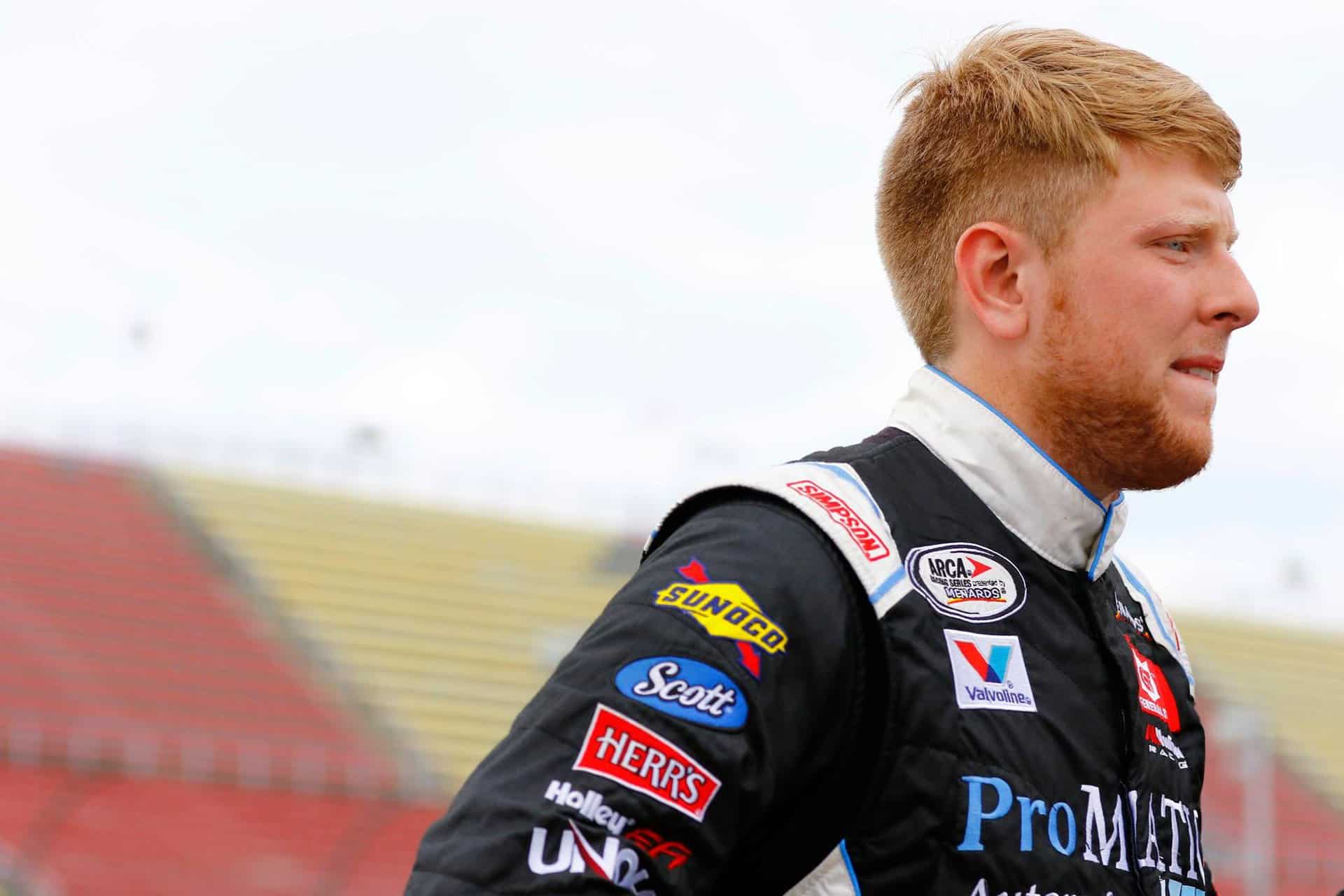 LONG POND, Pa. – Trying to shake off a few tough finishes in the ARCA Racing Series presented by Menards competition, newcomer Justin Fontaine (@driverFontaine) returns to Pocono Raceway knowing Friday afternoon’s ModSpace 150 can easily put himself back on the map.

It will be a busy weekend for the Asheville, N.C. driver. In addition to competing in Friday’s ARCA race, Fontaine will compete in Saturday afternoon’s Overton’s 150 NASCAR Camping World Truck Series race for AM Racing in a collaboration with Bolen Motorsports.

“I’m really looking forward to being busy this weekend,” said Fontaine. “There’s going to be a lot of jostling involved going between the two garages, but I’m excited about the opportunity to race in two different divisions at the same race track.”

Before Fontaine, 19, turns his attention towards his second-career Truck Series start, Fontaine with the support of AM Racing and their development team Win-Tron Racing look to rebound from two mechanical failures at Iowa Speedway and last Friday night at Lucas Oil Raceway despite having fast race cars.

“The mechanical gremlins are unfortunate,” added Fontaine. “The bummer is that our No. 33 ProMATIC Automation Toyota was really performing well during the race. I thought for sure we’d have a top-10 at Iowa – then we had a gear issue. At Lucas Oil, we made some major headway with the handling of the car and got back on the lead lap and then a transmission snafu.”

“But, the guys on the team have remained upbeat. Together, we know that we have the capabilities of getting the job done, we just need to get to the checkered flag. Hopefully, the pieces will fall into place this weekend.”

While the avid Late Model racer would be disappointed with anything less than a top-10 finish in the ARCA car on Friday afternoon, when it comes to settling in the No. 66 ProMATIC Toyota Tundra on Saturday, Fontaine says seeing the checkered flag is the main objective.

“We had some trial and tribulations with the ARCA car last month, but during the race, I was really hitting my stride. We took a gamble and hoped for a caution — but it didn’t happen and we had to make a green flag pit stop and we ended up with a 21st place finish. I feel confident that with what I know about the track and the car we’re bringing, we’ll be fine.”

“As for the truck, man, that’s a different story. The Truck Series is one of the most competitive series in all of NASCAR and I expect Pocono to showcase that. I think the draft will be important, but getting myself comfortable in a truck will be equally important.”

“I just want to go out there and do a great job for the people who believe in me and allow me to have these chances. For ProMATIC Automation, Accu-Tech, Snap Track, AM Technical Solutions, Superior Essex and Legrand, this might be the biggest weekend of my career and I definitely want to leave a positive mark.”

While sticking with a heavy ARCA schedule for now, Fontaine’s focus is expected to turn towards the NASCAR Camping World Truck Series where he’ll compete in a limited schedule this summer in an AM Racing entry.

The ModSpace 150 (60 laps / 150 miles) is the 12th of 20 races on the 2017 ARCA Racing Series presented by Menards schedule. Practice begins Fri., July 28 with an hour and a half practice session planned from 9:00 a.m. – 10:30 a.m. General Tire pole qualifying is set for later in the day at 1:00 p.m. The race is set to take the green flag later shortly after 4:00 p.m. The event will be broadcasted live on FOX Sports 1 (FS1), while ARCARacing.com will stream live timing and scoring throughout the week’s activities. All times are local (ET).

AM Racing is a second-year NASCAR Camping World Truck Series (NCWTS) team owned by entrepreneur Tim Self. Established in December 2015, AM Racing is headquartered in Mooresville, N.C. Operated by Self, a native of Austin, Texas, the team is prided on faith, honesty and intelligent performance. The team has named Austin Wayne Self, Justin Fontaine and J.J. Yeley as AM Racing drivers for 2017.Â