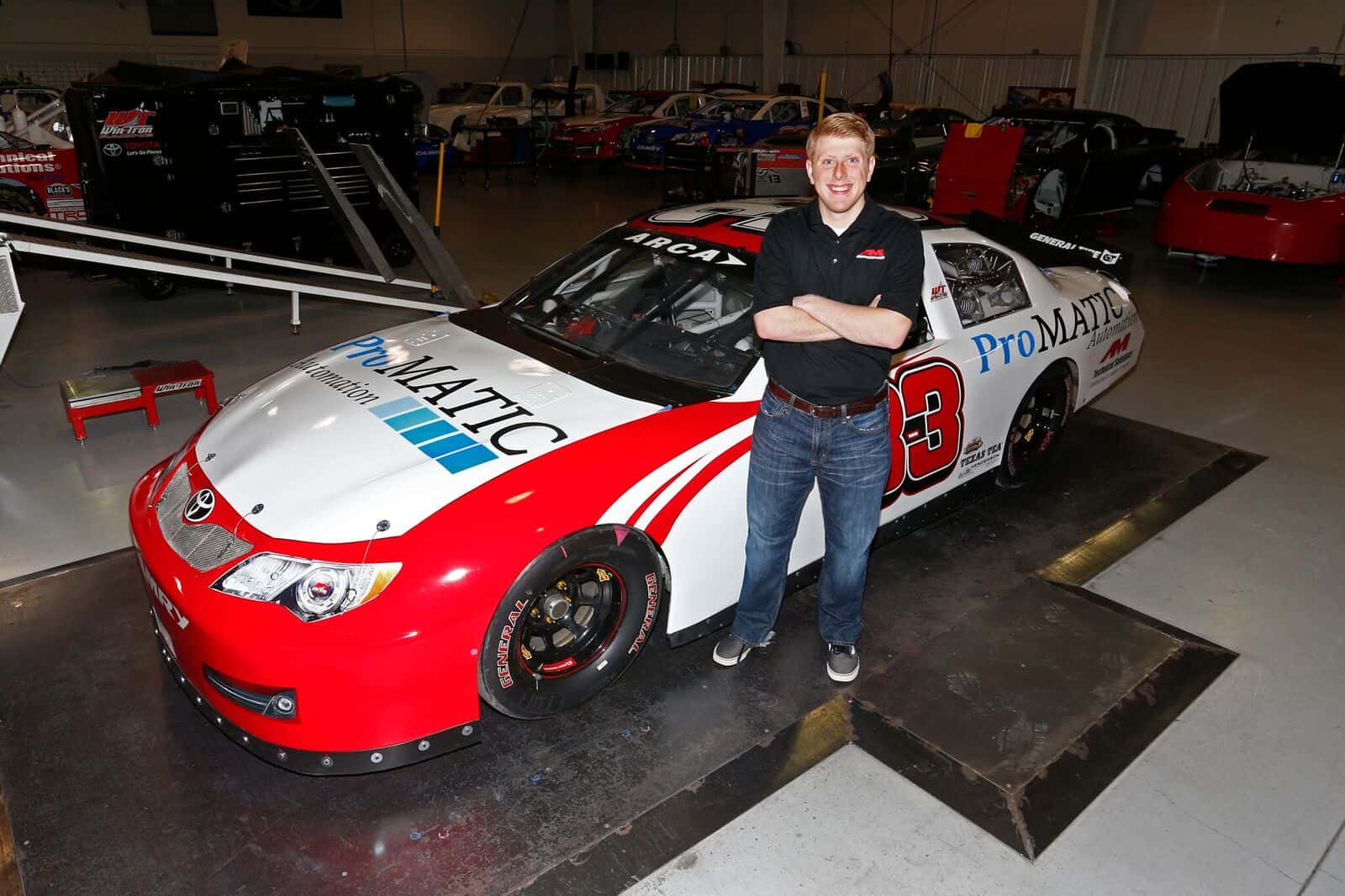 He was released from Halifax Medical Center in Daytona Beach, Fla. the next afternoon, Feb. 19.

A week following his accident, Fontaine fighting mild pain showed up at the “World Center of Racing” to support his AM Racing team in Truck Series season-opener, where the team finished second and ninth respectively with drivers Austin Wayne Self and JJ Yeley.

Since then, while following a strict routine from his doctors, a recent follow-up appointment revealed that Fontaine has approximately eight more weeks of recovery with an expected return to racing on the ARCA tour at Elko (Minn.) Speedway on June 3 for the Elko ARCA 250.

“I’m feeling better, a lot better,” said Fontaine, a native of Asheville, N.C. “I am certainly appreciative of the support from everyone over the past month or so. From the phone calls, to the text messages and the outreach on social media, at times it’s been overwhelming, but I’m incredibly grateful. I just have to keep doing what the doctors ask and I’ll be back in a race car before I know it.”

Once cleared to drive, Fontaine will continue a steady presence in the ARCA Racing Series with Win-Tron Racing, while also running a limited Truck Series schedule with Mooresville, N.C.-based AM Racing.

“Everyone is anxious for me to be back,” added Fontaine.

Cywinski said, “We talk to Justin regularly and you can tell that he is anxious to get back into a racing routine. While we wait for him to be cleared, we are building new race cars with the hope and intention that he’ll be back for Elko in June.

“From there, it will be an aggressive on-track program in ARCA and Trucks, nothing that we don’t feel Justin can’t handle. He wants to get back behind the wheel just as if he hadn’t missed a beat.”

Fontaine will join AM Racing and driver Self on the sidelines for Saturday’s Alpha Energy Solutions 250 at Martinsville (Va.) Speedway on Apr. 1.