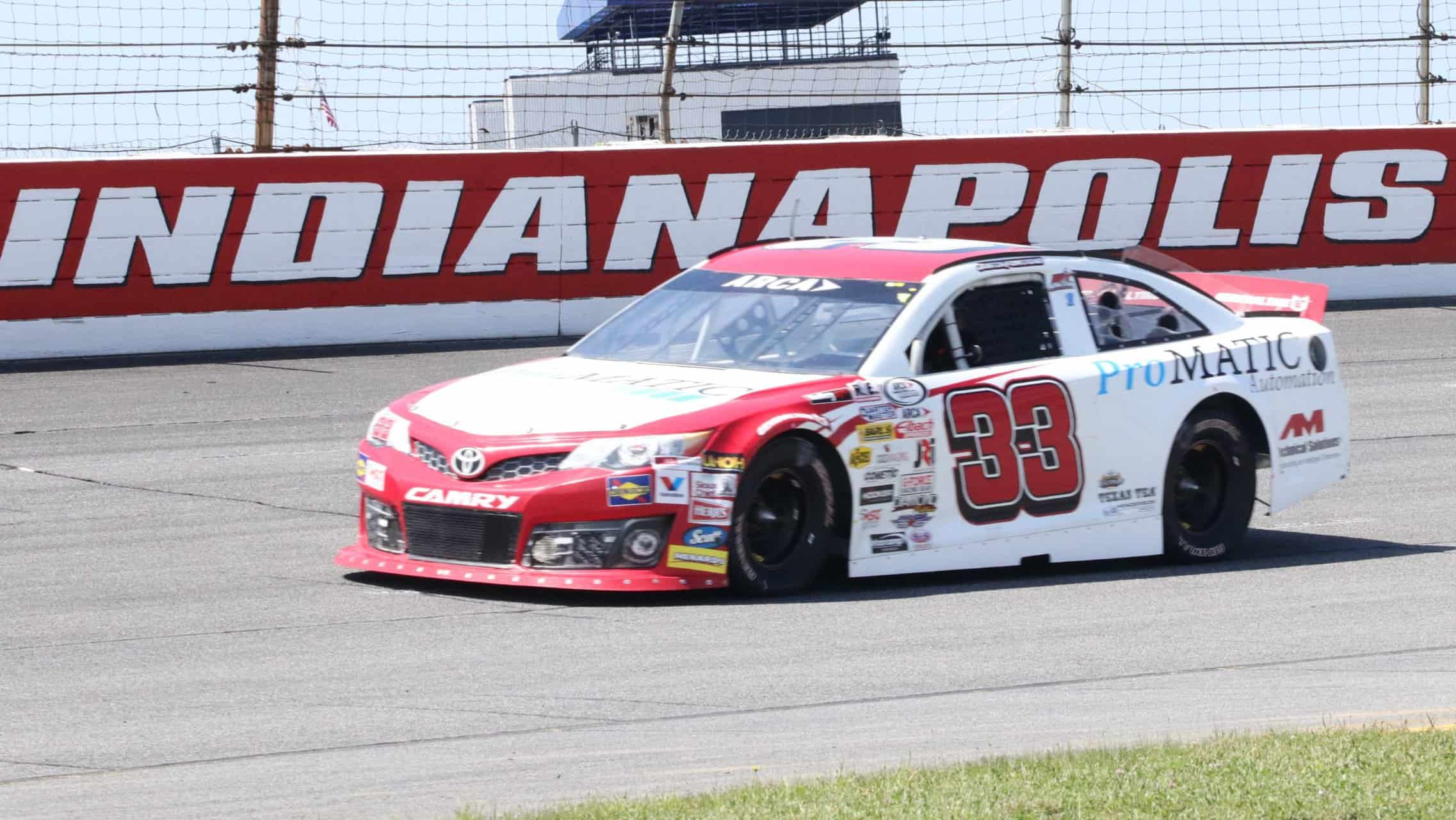 Justin Fontaine’s ARCA Racing Series presented by Menards debut at Lucas Oil Raceway didn’t start as planned and didn’t end as planned, but the team made progress throughout the day and night leaving the Sioux Chief PowerPEX 200 experience beneficial.

Friday greeted the teams with brutal heat, making the historical half-mile short track slick for conditions throughout the day.

With no prior experience at Lucas Oil, Fontaine spent a few laps of practice getting himself acquainted with the Indianapolis short track. While battling an ill-handling No. 33 ProMATIC Automation Toyota Camry throughout practice, crew chief Bill Henderson made several changes to the car with some response which allowed Fontaine to end the session 19th quickest overall.

Wholesale changes were made from practice to qualifying, but in time trials, Fontaine was only able to post the 19th quickest time overall despite picking up a couple tenths of a second from practice.

Starting deep in the field was a disappointment for the Asheville, N.C.-based driver, but he didn’t stay their long.

Quickly moving forward, Fontaine hovered around the top-15, but found himself a lap down early after the race spread out into a long green-flag run.

When the caution waved approaching Lap 45, Fontaine was the second car one lap down. Under the yellow, Henderson opted to bring his driver down for four tires, fuel and a chassis adjustment to combat the handling of the No. 33 ProMATIC Automation Toyota.

On the restart, Fontaine charged his way to 13th and when a caution waved for debris approaching Lap 90, the AM Racing development driver was the beneficiary of the free pass.

Restarting 15th and on the lead lap, Fontaine attempted to come through the gears, but experienced a mechanical failure with the clutch and transmission which thwarted an opportunity to earn his first career top-10 finish in ARCA competition and sent him to the garage with an early exit.

The team would be credited with a 22nd place finish.

“It stinks to have a mechanical failure for the second consecutive race in a row. I’m proud of my team and guys though. Man, we struggled when we rolled off the hauler and kept throwing changes at the car during practice and it didn’t really seem to help.”

“But, we never gave up. Bill (Henderson, crew chief) continued to make changes and by the start of the race, we really had something to work with. We were making progress and I feel like we were an adjustment away from putting ourselves inside the top-10.”

“I hate it for my guys, ProMATIC and all of our supporters of our team. We’ll regroup again and see what we can do at Pocono.”