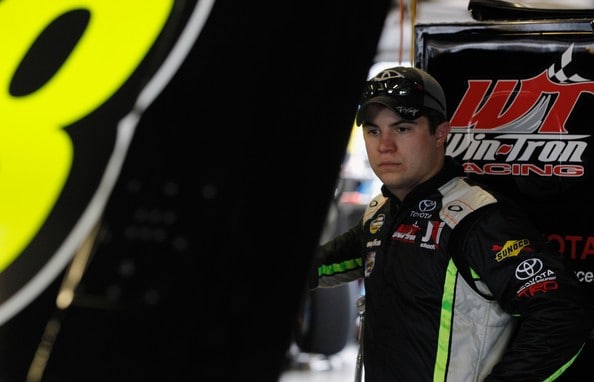 Mingus, a native of nearby Brentwood, Tenn. will make his first ARCA start at the historic short track, but hopes to lean on his extensive Late Model resume at Nashville to aid him in his No. 33 dsamt / ProMATIC Automation Toyota Camry.

“I’m really stoked to get back to racing in the ARCA Racing Series and with Win-Tron Racing,” said Mingus. “I’ve only been in one ARCA race since 2013, so I’m anxious to get back behind the wheel and have a strong race for Justin (Fontaine), dsmamt and ProMATIC.”

While carrying Fontaine’s ProMATIC colors, the hood of the No. 33 Toyota Camry will carry the message of support for the Down Syndrome Association of Middle Tennessee.

Down Syndrome Association of Middle Tennessee (dsamt) is a community of parents, grandparents, siblings, physicians, educators, professionals, friends and self-advocates from forty-one (41) counties in Middle Tennessee who celebrate and support individuals with Down syndrome and their families.

“I’m very proud to bring additional awareness to dsamt this weekend at Nashville,” says Mingus. “I have a family member who has Down syndrome, so I’ve seen how the association has come together and done great things for the families and the community. We’ll have a big cheering section on Saturday night and that makes me awfully happy.”

Despite his long sabbatical from ARCA competition, the 22-year-old was a mainstay in the series from 2011-2013, which included five top-five and 25 top-10 finishes, including a second-place championship run in 2013.

Still looking for that elusive first win, Mingus knows he’ll have to battle his teammate Gus Dean and others for his first checkered flag, but Mingus knows in order to finish first, he must first finish.

“It’s going to be a competitive race,” added Mingus. “When I race full-time in the series, we had a lot of good cars, but looking at the entry list you can probably add another handful of cars on top of that who should be included in the mix.

“Patience is going to be important, tire management is going to be crucial and traffic always comes into the mix at Nashville, so it’s going to be a very entertaining race. I feel blessed to have this chance to be back with Win-Tron Racing and I really want to go out there and make the most of it.”

Mingus is pitch-hitting for Fontaine who continues to recovery from injuries sustained at Daytona International Speedway in February. Last week, the team announced that Fontaine’s recovery is progressing better than expected and he should return to competition by early June at the latest.

“Mason did a lot of great things for Win-Tron Racing over the years and I’m glad to have him back in one of our cars this weekend at Nashville,” said Cywinski. “I think he’ll be a great teammate to Gus and I know we’re taking two cars capable of contending for the race win.”

The Music City 200 presented by Azure Foundation (200 laps / 100 miles) is the second of 20 races on the 2017 ARCA Racing Series presented by Menards schedule. Practice begins Sat., Apr 8 with an hour and a half practice session planned from 1:15 p.m. – 2:45 p.m. General Tire pole qualifying is set for later in the day at 4:15 p.m. The race is set to take the green flag later that night shortly after 8:00 p.m. The event will be televised live on MAVTV, while ARCARacing.com will stream live timing and scoring throughout the day’s activities. All times are local (Central).