Austin Wayne Self; AM Racing carry Daytona momentum to Atlanta 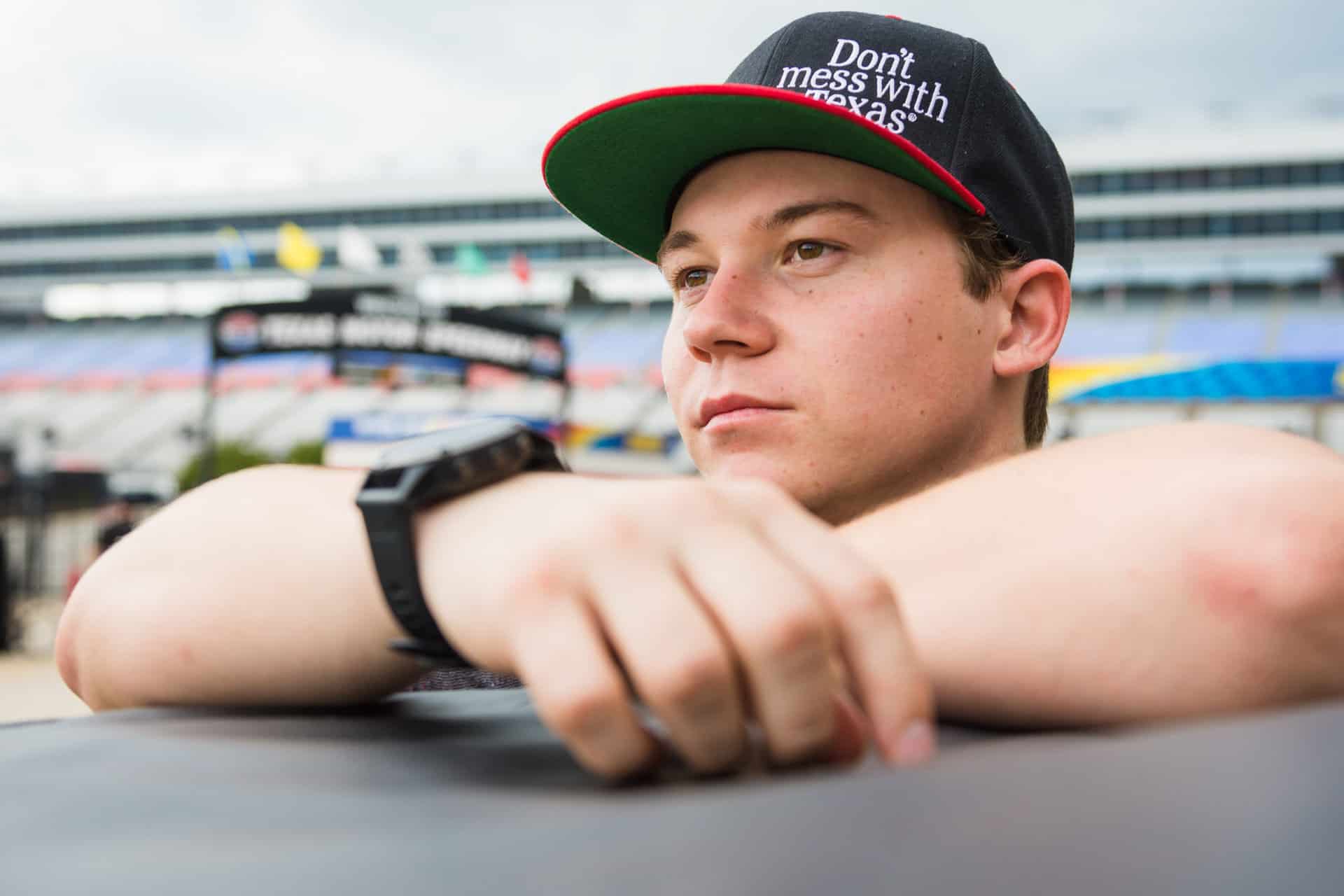 But, one circumstance is majorly different heading to Atlanta (Ga.) Motor Speedway, site of Saturday afternoon’s Atlanta 200, Self will be a competitor in the event. In 2017, Self finished a career-best second at the 2.5-mile superspeedway, but did not attempt Atlanta, wiping out the team’s hopes of a competing for a championship.

However, the mindset is completely different 24 months later where the AM Racing team led by crew chief Eddie Troconis treks to Atlanta on the heels of a solid ninth-place finish to open the season.

With some momentum on their side, the team is eager to impress in the opening races of 2019.

“It felt so good for our team to have such a strong run at Daytona,” said Self. “I feel like we impressed a lot of people. I don’t think many expected us to make it to the final round of qualifying. We kept the speed and performance up through the first two stages of the race and then survived the chaos at the end to get us a top-10 finish.

Saturday afternoon’s double-header will be the second race where Self and Troconis have worked together but the Austin, Texas native says that the chemistry with his new crew chief hasn’t even hit its peak.

“Eddie’s energy, focus, and leadership really contributed to our success at Daytona last weekend,” added Self. “He was eager to listen to what I was saying about our No. 22 GO TEXAN | AM Technical Solutions Chevrolet Silverado and made the adjustments I needed to improve our speed on the track.

“I know that there’s a vast difference between Daytona and Atlanta, but that trust between each other is quickly building and I think it will only continue to get stronger the longer the season goes. I honestly feel like we can win a race or two this year, that’s how pumped I am right now.”

“My record isn’t that bad at Atlanta,” noted Self. “It’s a track where patience is your best friend. Tires go away in a hurry and you have to manage that. The stage breaks help, but you have the chance to get yourself a lap down during the third stage if you don’t manage yourself.

Troconis says he’s proud of the commitment by Self and sees Daytona as only the preview of what’s to come for AM Racing.

“I’m proud of our team,” he said. “We came out of the box with a new group of guys but a very dedicated bunch. I’m looking forward to the year. Austin gave us everything he could behind the wheel, and we survived the race as best as we could.

“Austin has proven to be a steady and firm driver on the intermediate tracks in the past and I hope with the improvements we’ve made to the truck, it will allow him to pick up a bunch of spots and earn another top-10 finish to carry us into Las Vegas.”

The Texas Department of Agriculture’s GO TEXAN program and JB Henderson Construction will support Self in his 65th career start.

Along with its signature mark in the shape of Texas, GO TEXAN celebrates, promotes and supports the business savvy and plainspoken grit Texas agriculture is known throughout the world.

JB Henderson Construction based out of Albuquerque, New Mexico performs general and mechanical contracting for manufacturing, industrial, commercial, and institutional clients in both the public and private sectors.

AM Technical Solutions, Abbie Gregg Inc., Don’t mess with Texas, CForce Bottling Company, Flying Circle and Kreuz Market will serve as associate partners in the second race of the year.

In 64 NGOTS races, the 2015 ARCA Menards Series Rookie of the Year has one top-five (second at Daytona 2017) and five top-10 finishes. The Texan maintains an average finish of 18.1 during his three years of competition.

For more information on Don’t mess with Texas and how you can become involved in the program, visit dontmesswithtexas.org.

GO TEXAN is a widely recognized brand. It represents a diverse collection of people, products and services that are genuinely Texan.  Whether it’s grown, sewn or served on a plate, more than 26 million Texans shop, travel and dine out in full support of Texas business and agriculture.

Consumers make buying decisions based on the prestige of GO TEXAN, a desire to support the Texas economy and the value received from buying local.

J.B. Henderson Construction Co. based out of Albuquerque, New Mexico performs general and mechanical contracting and is dedicated to serving their customers and employees through collaborative construction focused on safety, solutions, and skill.

Using a process-based organizational approach, JBH builds for manufacturing, industrial, commercial, and institutional clients in both the public and private sectors. By combining traditional values with cutting-edge capabilities, they deliver construction projects that meet the strictest industry regulations from standard building codes to ASME, DOE, and NQA-1 quality mandates, while constantly focusing on the human aspect and fostering long-standing client and employee relationships.

AM Racing is a NASCAR Gander Outdoors Truck Series (NGOTS) team owned by entrepreneur Tim Self. Established in December 2015, AM Racing is headquartered in Mooresville, N.C. Operated by Self, a native of Austin, Texas, the team is prided on faith, honesty and intelligent performance.

The team has named Austin Wayne Self as its driver for the 2019 season.