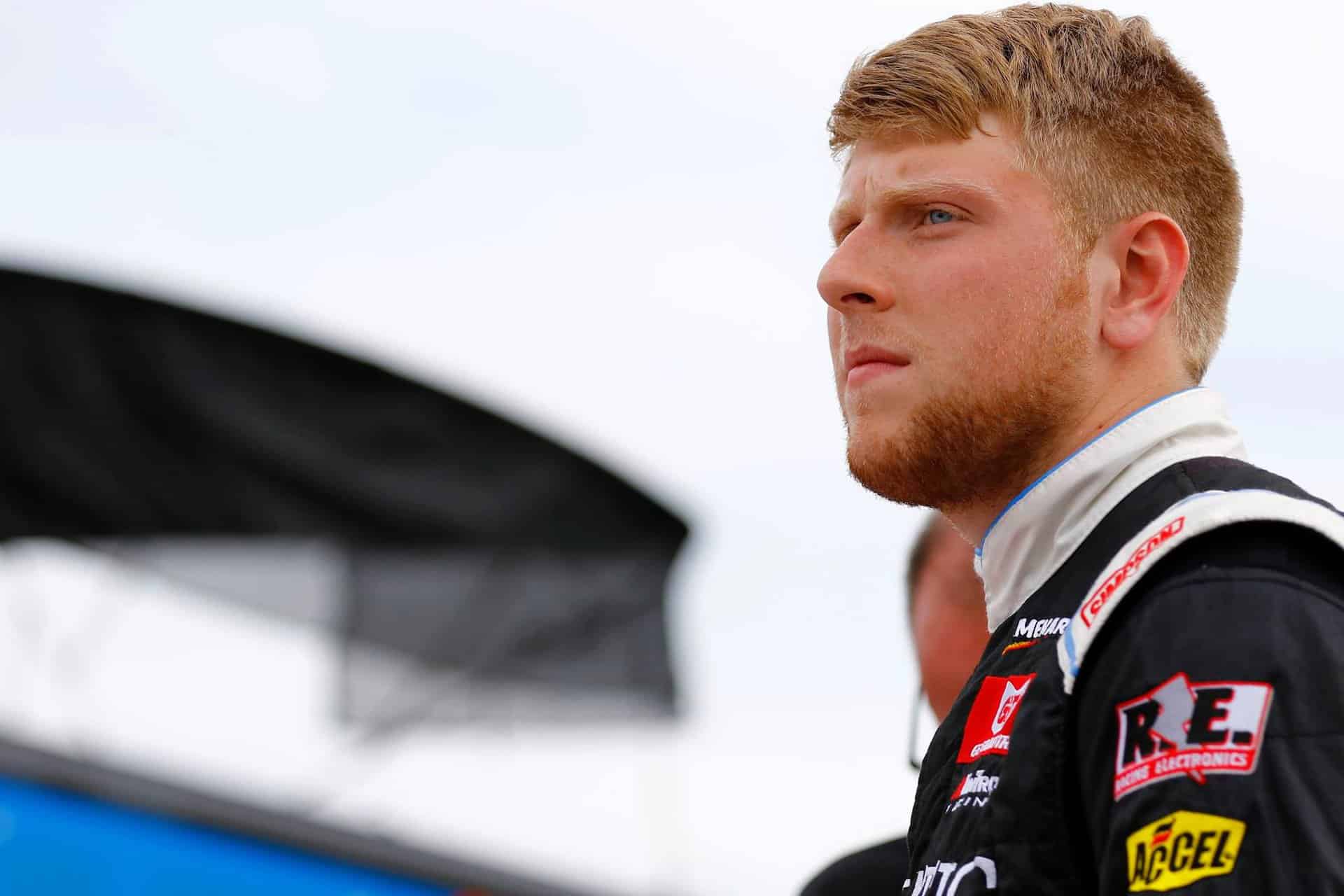 For Fontaine with the support of AM Racing and their development team Win-Tron Racing, they head to Lucas Oil Raceway looking to bounce back from a disappointing finish at Iowa Speedway where a mechanical failure robbed them of a top-10 finish.

At Iowa, Fontaine showed that he had a car capable of earning him his career-best finish in his sixth race, but 65 laps into the Fans with Benefits 150, a gear failure sent him to the garage and out of the race.

Still, Fontaine and crew chief Bill Henderson were encouraged by their performance.

“We’re going in the right direction,” said Fontaine. “I can’t thank the AM Racing, Win-Tron Racing and ProMATIC team enough for giving me good race cars. It’s unfortunate that we had a mechanical failure, but we’ve put that behind us and we’re focused on Lucas Oil Friday night and Pocono next weekend.”
Despite the Iowa finish, comfortable seems to be the norm for Fontaine, a native of Asheville, N.C.

“Our qualifying efforts have been solid,” added Fontaine. “I think we still have some work to do to get better – but we’re making progress every week and we’re able to find more speed from practice. Now, we just need to complete the circle.”

Even though Fontaine has never been to Lucas Oil Raceway, the 19-year-old is relying on his prior short track experience to play dividends.

“Yeah, I’ve never been to Lucas Oil, but I’ve been studying the track by watching old races and looking at photos and film” Fontaine added. “Gus (Dean), my teammate has been to Lucas Oil before so I’m hoping if I have any questions – I can pick his brain and see if there’s something he can help me with.”

No matter what Friday night brings, Fontaine hopes the outcome brings him momentum he can carry in the second half of the ARCA season

“You know after the Daytona crash that kept me out for a couple months, I’m just blessed to be able to go to the track and race every weekend,” he said. “I go to the race track every weekend thinking we have a chance to have a good finish. Under the right circumstances and a good handling No. 33 ProMATIC Toyota, I think we can win. We just have to keep digging.”

While sticking with a heavy ARCA schedule for now, Fontaine’s focus is expected to turn towards the NASCAR Camping World Truck Series where he’ll compete in a limited schedule this summer in an AM Racing entry.

The Sioux Chief PowerPEX 200 (200 laps / 137 miles) is the 11th of 20 races on the 2017 ARCA Racing Series presented by Menards schedule. Practice begins Fri., July 21 with an hour and forty-five-minute practice session planned from 12:15 p.m. – 2:00 p.m. General Tire pole qualifying is set for later in the day at 5:00 p.m. The race is set to take the green flag later shortly after 9:00 p.m. The event will be broadcasted live on FOX Sports 1 (FS1), while ARCARacing.com will stream live timing and scoring throughout the week’s activities. All times are local (ET).

About AM Racing: AM Racing is a second-year NASCAR Camping World Truck Series (NCWTS) team owned by entrepreneur Tim Self. Established in December 2015, AM Racing is headquartered in Mooresville, N.C. Operated by Self, a native of Austin, Texas, the team is prided on faith, honesty and intelligent performance. The team has named Austin Wayne Self, Justin Fontaine and J.J. Yeley as AM Racing drivers for 2017.

About Win-Tron Racing: Located in Mooresville, North Carolina, Win-Tron Racing is a professional race team headquartered in “Race City USA.” Owned by former racer Kevin Cywinski, the team will compete for the ARCA Racing Series presented by Menards championship in 2017 with driver Gus Dean in the No. 32 GREE Toyota Camry. The team will also field a second entry in the No. 33 Toyota Camry with Justin Fontaine and others. Learn more at WinTronRacing.com or on Twitter @WinTronRacing.