AM Racing to utilize Joe Gibbs Racing engines in 2017 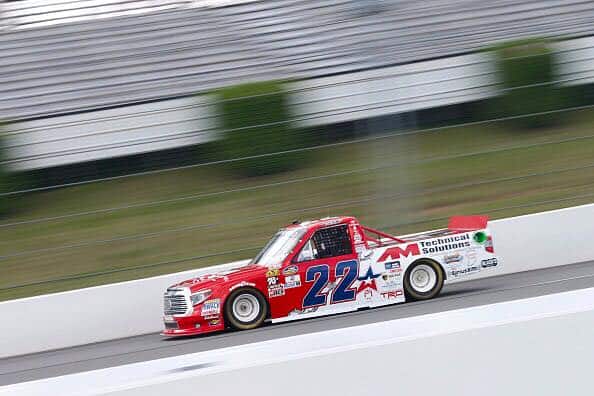 MOORESVILLE, N.C. – In an effort to enhance their NASCAR Camping World Truck Series (NCWTS) program for the 2017 season, officials from AM Racing (@AMRacingNASCAR) announced today their Toyota Tundra’s will be powered by Joe Gibbs Racing (JGR) engines.

AM Racing headquartered in Mooresville, N.C. is entering their second season of NCWTS competition beginning with this month’s NextEra Energy Resources 250 at Daytona International Speedway on Feb. 24.

Team principal Tim Self says the change in engine providers was part of the team’s annual assessment.

“We’re looking forward to running our Toyota Tundra’s with horsepower from Joe Gibbs Racing this season,” said Self. “In a constant effort to look at opportunities to enhance the overall performance of our young team, we felt the change in engine providers offers that chance to strengthen our on-track product even more.”

Self added, “We look forward to Daytona later this month and hope for a strong debut with JGR engines to give AM Racing and our partners a good boost to start the 2017 season.”

Details of AM Racing’s driver and marketing partnership(s) lineup for Daytona is forthcoming.

AM Racing is a second-year NASCAR Camping World Truck Series (NCWTS) team owned by entrepreneur Tim Self. Established in December 2015, AM Racing is headquartered in Mooresville, N.C. Operated by Self, a native of Austin, Texas, the team is prided on faith, honesty and intelligent performance. The team has named Austin Wayne Self and Justin Fontaine as AM Racing drivers for 2017.